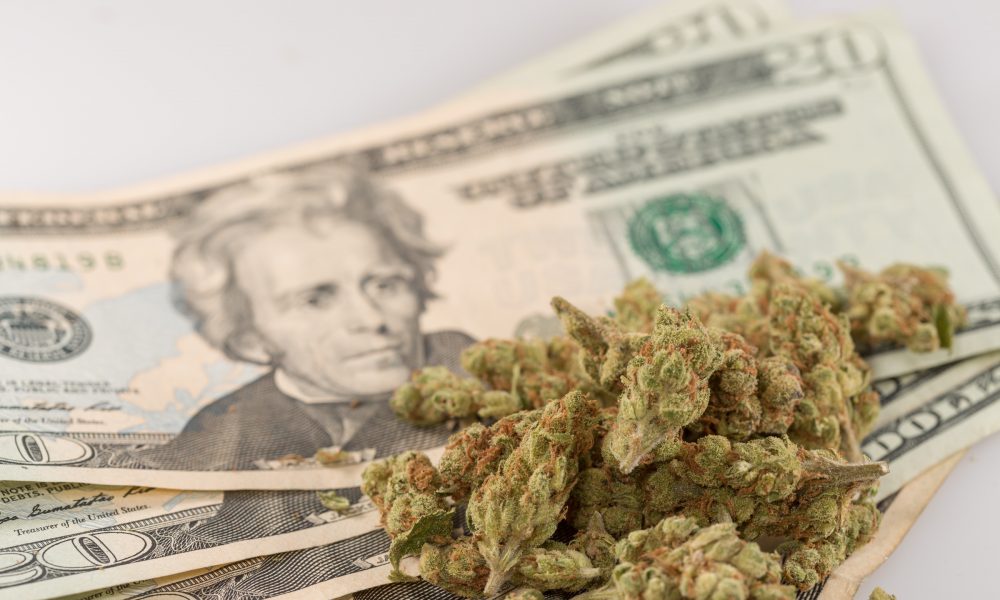 Illinois marijuana retailers have sold nearly $1 billion worth of legal recreational cannabis products so far in 2021.

The Illinois Department of Financial and Professional Regulation (IDFPR) reported on Monday that people purchased 2,702,260 recreational cannabis products last month, for receipts worth a total of $121,717,709.

That’s just slightly lower than figures reported for August. And it’s lower still than the peak sales of $127,794,220 in July—which officials partly attributed to a boost from the music festival Lollapalooza. But overall, the data is showing a level of consistency in the recreational market, which launched at the beginning of 2020.

This is the seventh month in a row that adult-use marijuana sales surpassed $100 million in the state.

For September, there were $81,686,864 worth of cannabis purchases from in-state residents and $40,030,844 from out-of-state visitors, according to IDFPR. By contrast, the state’s recreational marijuana sales reached a total of $67,648,362 for both categories of consumers in September 2020.

The new figures do not include sales of medical cannabis, which are tracked separately by a different agency.

The Illinois Chamber of Commerce president predicted back in May that retailers would sell more than $1 billion in adult-use marijuana sales in 2021, and the October figures will make that certain when they are posted early next month.

The level of cannabis commerce means a significant increase in revenue for the state. Illinois sold about $670 million in marijuana last year and took in $205.4 million in tax revenue.

The state generated in more tax dollars from marijuana than alcohol for the first time last quarter, the Illinois Department of Revenue reported in May. From January to March, Illinois generated about $86,537,000 in adult-use marijuana tax revenue, compared to $72,281,000 from liquor sales.

Wisconsin Gov. Tony Evers (D) is getting “tired” of hearing about these sales figures, he said in April, joking that Illinois Gov. J.B. Pritzker (D) always “thanks me for having Wisconsinites cross the border to buy marijuana” since the neighboring state does not have a legal market.

Illinois officials have emphasized that the tax dollars from all of these sales are being put to good use. For example, the state announced in January that it is distributing $31.5 million in grants funded by marijuana tax dollars to communities that have been disproportionately impacted by the war on drugs.

The funds are part of the state’s Restore, Reinvest, and Renew (R3) program, which was established under Illinois’s adult-use cannabis legalization law. It requires 25 percent of marijuana tax dollars to be put in that fund and used to provide disadvantaged people with services such as legal aid, youth development, community reentry and financial support.

Awarding the new grant money is not all that Illinois is doing to promote social equity and repair the harms of cannabis criminalization. Pritzker announced in December that his office had processed more than 500,000 expungements and pardons for people with low-level cannabis convictions on their records.

Relatedly, a state-funded initiative was recently established to help residents with marijuana convictions get legal aid and other services to have their records expunged.

But promoting social equity in the state’s cannabis industry has proved challenging. Illinois has faced criticism from advocates and lawsuits from marijuana business applicants who feel officials haven’t done enough to ensure diversity among business owners in the industry.

Pritzker’s signed a bill in July that’s meant to build upon the state’s legalization law by creating more cannabis business licensing opportunities to help people from disproportionately impacted communities enter into the marijuana industry. Regulators have since held a series of lotteries to award additional dispensary licenses, but losing companies have since filed legal challenges to the process.

Meanwhile, a House committee approved a resolution earlier this year that broadly condemns the war on drugs, calling it “the United States’ longest and costliest war and ultimately a complete and shameful failure.”

Cannabis sales have been going strong is markets across the U.S.

Maine recreational marijuana sales broke another record in August, exceeding $10 million for the first time since the adult-use market launched in October 2020.

Arizona brought in about $21 million in medical and adult-use marijuana tax revenue in July, state officials recently reported on a new webpage that enables people to more easily track how the industry is evolving.

California collected about $817 million in adult-use marijuana tax revenue during the 2020-2021 fiscal year, state officials estimated in August. That’s 55 percent more cannabis earnings for state coffers than was generated in the prior fiscal year.

A recent scientific analysis of sales data in Alaska, Colorado, Oregon and Washington State found that marijuana purchases “have increased more during the COVID-19 pandemic than in the previous two years.”

Michigan marijuana sales broke another record in July with more than $171 million in cannabis transactions, according to data from the state’s regulatory body. There were $128 million in adult-use sales and $43 million in medical cannabis purchases.

Meanwhile, New York officials are projecting that marijuana tax revenue will help keep the state’s budget afloat as cigarette sales continue to decline over the coming years. But retails sales have yet to launch as of now.