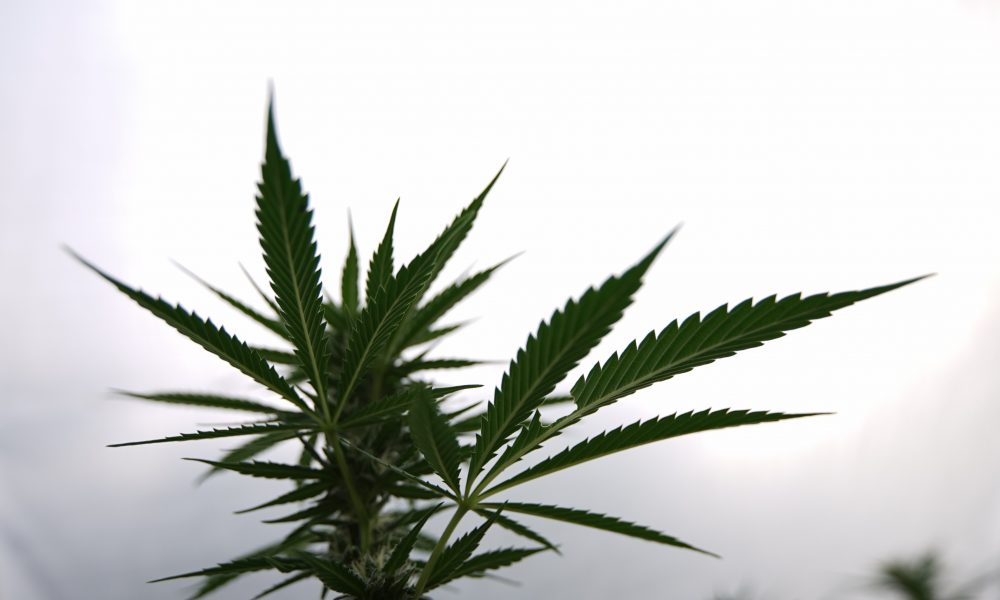 Marijuana and psychedelics are on the ballot at the local and state level across the U.S. next month.

It might be an off-year election, but advocates and lawmakers have been hard at work pushing to get everything from local cannabis decriminalization to psychedelics reform on their ballots this cycle. That’s not to say that legalization activists necessarily support all the measures that will go before voters on November 2.

As congressional lawmakers fight to end federal marijuana prohibition and advocates continue to build support for psychedelics reform, there are numerous proposals that voters in states like Colorado, Michigan, Ohio and Pennsylvania will decide on next month. And in Virginia, although cannabis technically isn’t on the ballot, the fate of the recently enacted legalization law is.

Here’s a rundown of the drug policy measures and relevant elections that will appear on the November ballot:

The state was among the first to enact adult-use marijuana legalization. And while officials have consistently touted how cannabis tax revenue is supporting schools and other programs, some education advocates see additional opportunities.

The Learning Enrichment and Academic Progress (LEAP) program initiative, would raise cannabis taxes to fund programs that are designed to reduce the education gap for low-income students. The proposal, if approved, would give low- and middle-income families a $1,500 stipend to have school-aged children participate in after-school programs, tutoring and summer learning activities.

To pay for it, the state excise tax on sales adult-use cannabis products would be increased from 15 percent to 20 percent.

Supporters say this policy is especially needed as a response to the coronavirus pandemic, which has exacerbated income-related learning gaps for students.

But some marijuana industry stakeholders—and even the state’s largest teachers union—have expressed concerns about the proposal. Some cannabis advocates have have argued that the hike in marijuana taxes would detract from social equity efforts.

Meanwhile, Denver voters will decide on a local proposal to increase the city’s marijuana tax by 1.5 percent to fund pandemic-related research.

The extra local funds raised by the Denver measure would be used for research into “advanced technologies to protect the public from the spread of pandemic pathogens, including at schools, businesses, and hospitals.” The studies will also look into “pandemic preparedness and recovery, including urban, economic, and school planning.”

Cities across the U.S. have enacted policies to deprioritize enforcement of laws against certain psychedelics like psilocybin and ayahuasca. Detroit could be one of the next to follow suit.

Detroit activists successfully placed a measure on next month’s local ballot that would similarly decriminalize psychedelics.

At the same time that local advocates are pursuing reform, a pair of state senators introduced a bill last month to legalize the possession, cultivation and delivery of an array of plant- and fungus-derived psychedelics like psilocybin and mescaline. If voters in the state’s most populous city approve the local measure, it could make state lawmakers take a more serious look at broader reform.

In Ohio, voters in more than a dozen municipalities will decide on local ballot measures to decriminalize marijuana next month.

As it stands, 22 jurisdictions across the state have already adopted local statues effectively decriminalizing cannabis possession, some of which have been passed by voter initiatives while others were adopted by city councils.

Now, activists have succeeded in collecting enough signatures to qualify cannabis proposals for the November ballot to reduce the local punishment for low-level marijuana possession to the “lowest penalty allowed by state law,” which is zero days in jail and a fine of zero dollars.

In McArthur, which will vote on cannabis decriminalization next month, the police department seems less than enthused about the reform, posting and then deleting a press release that warned of a societal “downhill tumble” that could come if voters approve the measure.

Separately, Ohio activists have also recently been cleared to begin signature gathering for a 2022 statewide ballot initiative to legalize cannabis. Meanwhile, a pair of Republican lawmakers announced a new bill to legalize marijuana this week. Advocates hope that as voters make their voices heard by passing reform measures in a growing number of local jurisdictions, pressure will build for statewide legalization.

The Philadelphia City Council has placed a referendum on the local November ballot urging the state to enact legalization. The hope is that the local vote could further motivate the legislature to move ahead with legalization.

The measure stipulates that “the citizens of Philadelphia call upon the Pennsylvania General Assembly and the Governor to pass legislation that will decriminalize, regulate, and tax the use, and sale to adults aged 21 years or older, of cannabis for non-medical purposes.”

The local push comes amid a whirlwind of reform efforts taking place statewide in the legislature.

A much-anticipated bipartisan Senate bill to legalize marijuana in the state that has been months in the making was formally introduced last week, for example. Separately last week, a Democratic representative announced his intent to file a reform bill that he’ll be working on with a Republican senator who expressed his support for the policy change a day earlier. A third pair of state lawmakers also recently unveiled a legalization bill they’re proposing.

While the Philadelphia referendum would not make any immediate changes to the law if approved by voters in the state’s most populous city, it would add pressure on state legislators to act on the growing number of bills that are being filed.

Virginia advocates are closely following next month’s election, in which voters will decide who becomes the next governor and which part controls the state House of Delegates. While the legislature legalized adult-use cannabis earlier this year—and possession and limited home cultivation were made legal immediately in July—the incoming governor and state legislators will play a key role in implementing the commercial cannabis market in the months to come.

Under the final deal agreed to by lawmakers last session, nearly all of the legal cannabis sales provisions of the law are subject to reenactment by the legislature in the 2022 session. Depending on who voters choose as governor, and which party ends up controlling the legislature during the election, the new government could drastically roll back planned reforms or undo them completely.

As such, advocates are urging voters to get to the polls next month to elect politicians who will effectively support the cannabis legalization policy.

While marijuana isn’t technically on the ballot—at one point the state Senate included language in a legalization bill that would have allowed voters to directly weigh in on the policy change with a referendum, though that didn’t make it into the final legislation—legalization’s fate is very much at stake, advocates say.

The most consequential race on the marijuana front is the contest for governor. NORML has given the race’s Democratic candidate, former Gov. Terry McAuliffe, an A grade, noting his public statements calling for legalization. The Republican candidate, Glenn Youngkin, a private equity executive, has a D grade from the group, which notes Youngkin supports only limited cannabis decriminalization—though his campaign has stressed that he doesn’t plan to overturn legalization if elected.

The incoming governor would have the opportunity to veto or make amendments to any marijuana bills that reach his desk. A hostile governor could torpedo legalization completely, and it’s unlikely Democrats, even if they do maintain their current slim legislative majority, could muster the supermajority of votes needed to override any veto from Youngkin.

Other races on Virginia’s ballot next month could also be consequential, and the question of legalization has become a wedge issue between Democratic and Republican candidates despite bipartisan support among voters.

As is the case in almost every election now, voters in a number of municipalities within states that have legalized recreational or medical marijuana will decide on local measures concerning whether and how to allow or tax cannabis businesses.

Officials in several New York municipalities, for example, have moved to opt out of allowing recreational marijuana dispensaries and/or on-site consumption areas by the December 31 deadline laid out in the state’s legalization law that was enacted earlier this year. Voters in at least nine cities, towns and villages will have the opportunity to weigh in directly on the issue next month, according to a tracker compiled by Cannasigliere, LLC.

Looking ahead to 2022, activists are also hard at work trying to get drug policy reform on the ballot.

South Dakota’s secretary of state on Tuesday gave activists approval to launch a signature gathering drive to put a marijuana legalization initiative on the state’s 2022 ballot.

Nebraska marijuana activists have begun petitioning for a pair of complementary initiatives to legalize medical cannabis that they hope to place on the state’s 2022 ballot.

Ohio activists have cleared a final hurdle to begin collecting signatures for a 2022 ballot initiative to legalize marijuana in the state.

Florida activists recently filed a ballot measure to legalize marijuana for adult use.

New Hampshire lawmakers are pursuing a new strategy to legalize marijuana in the state that involves putting a proposed constitutional amendment on the ballot for voters to decide on in 2022.

Lawmakers in Maryland are also crafting legislation to place a marijuana legalization referendum on the 2022 ballot after the House speaker called for the move.

Missouri voters may see a multiple marijuana initiatives on the state’s ballot next year, with a new group filing an adult-use legalization proposal that could compete with separate reform measures that are already in the works.

Arkansas advocates are collecting signatures to place adult-use marijuana legalization on the ballot.

Activists in Idaho are working to advance separate measures to legalize possession of recreational marijuana and to create a system of legal medical cannabis sales. State officials recently cleared activists to begin collecting signatures for a revised initiative to legalize possession of marijuana that they hope to place before voters on the 2022 ballot. Meanwhile, a separate campaign to legalize medical cannabis in the state is also underway, with advocates actively collecting signatures to qualify that measure for next year’s ballot.

After a House-passed bill to legalize marijuana in North Dakota was rejected by the Senate in March, some senators hatched a plan to advance the issue by referring it to voters on the 2022 ballot. While their resolution advanced through a key committee, the full Senate blocked it. However, activists with the group North Dakota Cannabis Caucus are collecting signatures to qualify a constitutional amendment to legalize cannabis for the 2022 ballot.

And it’s not just marijuana measures that reform activists are seeking to qualify for state ballots next year. A California campaign was recently cleared to begin collecting signatures for an initiative to legalize psilocybin. And advocates in Washington State have announced plans to put a proposal to decriminalize all drug before voters.