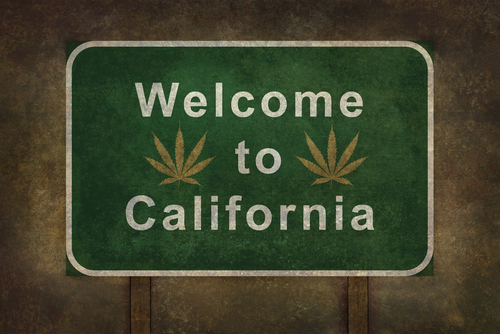 LOS ANGELES (AP) — On an isolated farm, greenhouses stand in regimental order, sheltered by a fringe of trees. Inside are hundreds of head-high cannabis plants in precise rows, each rising from a pot nourished by coils of irrigation tubing. Lights powerful enough to turn night into day blaze overhead.

In the five years since California voters approved a broad legal marketplace for marijuana, thousands of greenhouses have sprouted across the state. But these, under their plastic canopies, conceal a secret.

The cultivator who operates the grow north of Sacramento holds a coveted state-issued license, permitting the business to produce and sell its plants. But it’s been virtually impossible for the grower to turn a profit in a struggling legal industry where wholesale prices for cannabis buds have plunged as much as 70% from a year ago, taxes approach 50% in some areas and customers find far better deals in the thriving underground marketplace.

So the company has two identities — one legal, the other illicit.

“We basically subsidize our white market with our black market,” said the cultivator, who agreed to speak with The Associated Press only on condition of anonymity to avoid possible prosecution.

Industry insiders say the practice of working simultaneously in the legal and illicit markets is all too commonplace, a financial reality brought on by the difficulties and costs of doing business with a product they call the most heavily regulated in America. [Read More @ AP.com]