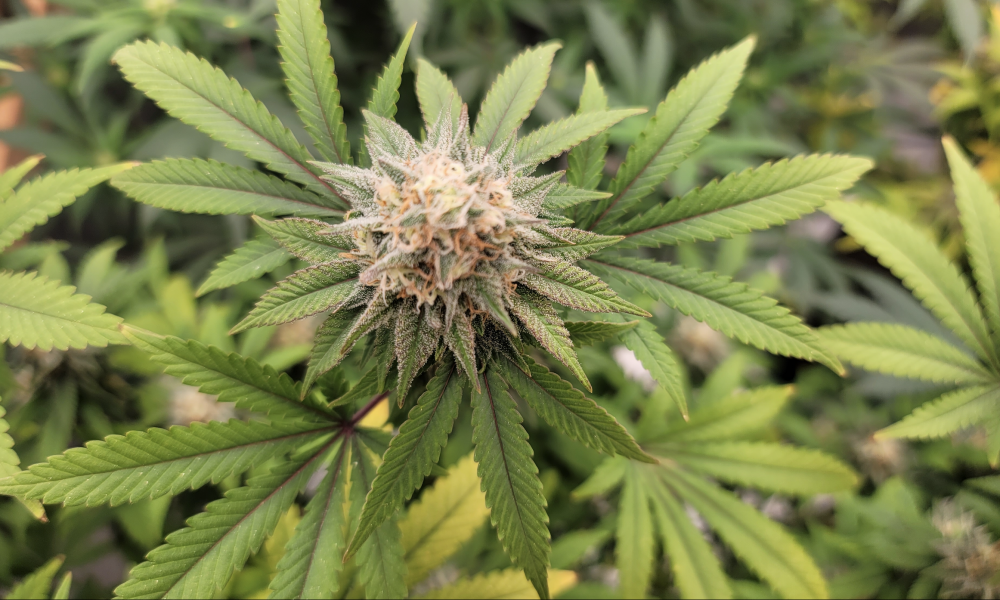 A spokesperson for the FBI said the agency cannot confirm or deny the existence of an investigation.

Federal law enforcement was still seeking information as recently as last summer about medical marijuana licensing in Missouri and utility contracts in Independence that have attracted FBI scrutiny for years.

That’s according to sworn deposition testimony from a Kansas City-area businessman that surfaced publicly last week.

The deposition of Joseph Campbell, owner of the real estate development firm Titan Fish, was conducted in November as part of an ongoing defamation lawsuit he and his company filed in 2020 against the City of Independence and two city council members. Excerpts of the deposition became public last week after they were filed in Jackson County Circuit Court by Independence’s attorneys.

Campbell testified that agents from the FBI, Internal Revenue Service and the Justice Department’s public integrity unit interviewed him on July 13, 2021.

The questions, according to Campbell’s testimony, focused on his involvement with a pair of utility contracts in Independence and medical marijuana licensing in Missouri—the latest indication that a potentially wide-ranging public corruption probe may be ongoing.

Campbell in his deposition indicated the FBI wanted to talk to him further, but hadn’t as of the time he gave his testimony.

During the deposition, Campbell said that as part of his July interview he was asked by federal agents about several people involved in state and local politics, including:

Campbell also testified that Gov. Mike Parson’s (R) name came up during the interview. But the deposition transcript that was filed last week in Jackson County Circuit Court does not contain Campbell’s full testimony—only 27 pages of at least 180 pages were included—and does not go further into why some of the names like Parson and others were discussed.

Campbell’s attorney filed a motion to suppress the document two days after it appeared in the public record, arguing that it should not have been filed because the deposition isn’t yet complete. Campbell did not return requests for an interview and his attorney, Mark McFarland, declined to discuss the matter.

Neither Campbell nor any of the people he was asked about during his interview last summer have been charged with any wrongdoing in regard to Independence or Missouri political affairs. Campbell said repeatedly during his deposition that his only involvement in the FBI’s Independence probe is as a witness.

A spokesperson for the FBI said the agency cannot confirm or deny the existence of an investigation.

The records provide a fresh glimpse into an FBI probe that’s transfixed state and local politics ever since news of it surfaced in 2019.

In 2017, Campbell bought the former Rockwood Golf Course in Independence from a company that had owned it for several years. Months later, the Independence City Council voted to buy the golf course from his real estate company, Titan Fish, for almost $1 million, close to twice what he paid to buy the property. The land was used to build a solar farm.

The deal drew scrutiny over a series of donations to Weir days before she voted with the majority of council members to approve the purchase. The donations came from four political action committees connected to Tilley, a former state lawmaker and longtime friend and adviser to the governor.

Weir has denied any wrongdoing in relation to the donations.

Campbell’s testimony reveals he is also connected to the other Independence utility contract from 2017 that has received FBI scrutiny: The demolition of the power plant in Missouri City owned by Independence Power & Light.

The Independence City Council awarded a St. Louis firm called Environmental Operations Inc. a $10 million contract to tear down the plant, even though another bidder offered to do the job for less than half that amount.

A majority of the Independence City Council approved the contract despite opposition from some council members and a board that advises the city-owned utility.

In 2020, the Kansas City Star reported that a federal grand jury had issued subpoenas to Independence to obtain a number of records related to the two utility deals, including minutes to private meetings held by the Independence City Council where the transactions were discussed.

Campbell’s testimony also discusses Diehl, who resigned as Missouri House Speaker in 2015 after it was revealed he had been sending inappropriate text messages to a legislative intern. Campbell said Diehl, who became Environmental Operations’ general counsel following his resignation, asked if Campbell would claim that the two had an attorney-client relationship.

Campbell testified that he understood Diehl had asked about forming such an arrangement in order to keep from having to hand over certain documents the government had requested through a subpoena.

Campbell testified Diehl had never represented him in a legal capacity.

A request for comment to Diehl was forwarded to J.R. Hobbs of Kansas City law firm Wyrsch, Hobbs & Mirakian. He denied Campbell’s assertions.

“Our firm has represented [Environmental Operations Inc.] in connection with the inquiry, including document production and subpoena requests, and there is no accuracy to any assertion that Mr. Diehl ever advised anyone to assert privilege if it didn’t apply,” Hobbs said, adding later: “Mr. Diehl denies any possible assertion that he extended attorney-client privilege at any time.”

Campbell’s testimony also reveals that he was helping finance a company called Herbal Health that applied for licenses to cultivate and sell medical marijuana. He said that he was asked about marijuana licensing during the July 2021 interview with federal law enforcement.

Tilley was registered as Herbal Health’s lobbyist from January 2019 to November 2020, and has numerous clients in the medical marijuana industry. He did not respond to a request for comment.

In November 2020, the head of Missouri’s medical marijuana program testified under oath that a federal grand jury subpoena his agency received was connected to an FBI investigation in Independence.

Missouri’s medical marijuana regulators received two additional federal grand jury subpoenas last year, with each redacted before being turned over to the media at the request of the federal government to obfuscate the records being sought by law enforcement.

It was not long after reports first surfaced of the FBI’s interest in the Independence utility deals that Titan Fish led a consortium that submitted a proposal to acquire and refashion Independence Power & Light’s soon-to-be-shuttered Blue Valley Power Plant.

A Kansas City Star report in March 2020 quoted two Independence city council members who expressed reservations about doing business with anyone who might be subject to an FBI investigation.

Campbell in 2020 sued Independence and the two council members, saying their comments defamed him.

Campbell’s lawsuit is ongoing, though he attempted to settle with the city if the council handed over the shuttered Blue Valley power plant to Titan Fish, granted tax abatement and leased back portions of the power plant land, according to an article earlier this month in the Kansas City Star.

Weir testified in a deposition in the case. Weeks later, her attorney convinced a judge to seal her deposition after learning that an unidentified third party tried to obtain it. On Monday, The Kansas City Star filed a motion asking a Jackson County judge to unseal Weir’s deposition, arguing that her testimony is a matter of public importance and that sealing it violated the First Amendment.

Weir is running for a third term as mayor and faces a crowded primary election next month.

In an unrelated matter, the IRS seized two vehicles belonging to Campbell on May 20 and signaled that it may seize a lake house in Morgan County, Missouri, which also belongs to Campbell. An affidavit written by an IRS agent in support of the seizures alleges that Campbell, through his various businesses, fraudulently obtained government COVID-19 relief funds and that those funds were used to buy the cars and the lake house.

This story was first published by Missouri Independent.