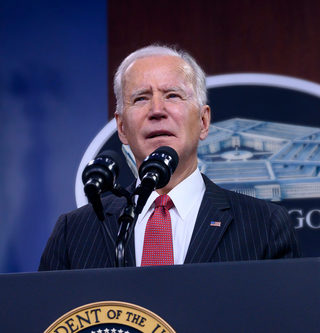 U.S. President Joe Biden issued on Tuesday, April 26, three pardons and 75 prison sentence commutations who were previously released to home confinement amid the coronavirus pandemic in his first-year grants of clemency since taking office.

One of the pardons was related to non-violent marijuana offenses, and eight people with marijuana-related convictions received commutations. Overall, nine of the people that have been granted clemency were charged with marijuana.

“America is a nation of laws and second chances, redemption, and rehabilitation. During Second Chance Month, I am using my authority under the Constitution to uphold those values by pardoning and commuting the sentences of fellow Americans,” Biden said in a statement.

“Today, I am pardoning three people who have demonstrated their commitment to rehabilitation and are striving every day to give back and contribute to their communities. I am also commuting the sentences of 75 people who are serving long sentences for non-violent drug offenses, many of whom have been serving on home confinement during the COVID-pandemic—and many of whom would have received a lower sentence if they were charged with the same offense today, thanks to the bipartisan First Step Act,” he added.

While a pardon deletes a conviction, a commutation keeps the conviction but deletes or lowers the punishment. [Read More @ Forbes]