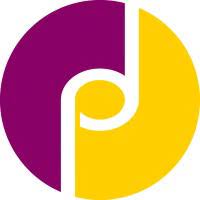 YESTERDAY morning the Home Affairs Committee held the opening session of its new inquiry into drugs, seeking to examine the impact and efficacy of the ‘current legislative framework’.

This opening session saw the committee take oral evidence from a selection of academics, legal experts and campaign groups, as well a number of prominent voices from the UK’s cannabis industry via previously submitted written evidence.

In its submission Jazz Pharma, the world’s largest exporter of medical cannabis, seemed to pledge its support for the controversial recommendations of the ACMD over THC levels in CBD products, despite widespread concerns these could severely impact the future of the industry.

The pharmaceutical giant, which purchased UK medical cannabis operator GW Pharma last year for $7.2bn, produces some of the only licensed cannabis-related drugs in the UK, including Sativex and Epidyolex.

The latter, which alongside Sativex is the only cannabis-based medicine to be prescribed on the NHS, is a ‘plant-based, never synthetic, highly purified form of CBD’.

However, as reported by BusinessCann earlier this week, the 50 microgram THC limit it has seemingly issued its support for, would likely mean ‘that there are no jobs here, there’s no industry here, there’s no farming here’.

The company said in its submission: “One area which we believe worthy of further political and regulatory action is CBD containing consumer products and their controlled cannabinoid content, most notable THC.

“We welcome the ACMD’s recent recommendations on appropriate levels of controlled substances (∆9-THC, THCV and CBN and the cannabinoid ∆9-THCA-A) within consumer products and hope this will ultimately result in more decisive action by the Home Office and other bodies such as the Food Standards Agency (FSA) to protect consumers from illegal, and potentially harmful, levels of controlled substances.”

In response to a request for clarification on its position, a Jazz Pharma spokesperson told BusinessCann: Jazz Pharmaceuticals is broadly supportive of the recommendations contained in the ACMD’s recent report ‘Consumer Cannabidiol (CBD) products’ and the important need for more clarity from regulators on the appropriate levels of controlled substances within CBD-containing consumer products. We believe this will make it clearer to producers and those enforcing the limit, thereby supporting consumer protection and public health.

As a responsible business with the best interests of patients and public health at our core, we support any effort to generate additional data that better informs current data gaps in relation to the safety and quality of CBD-containing consumer products and for this data to be assessed through a robust regulatory pathway.

Jazz does not take a position on the different types of products available in the CBD-containing consumer product market and therefore cannot comment on the potential impact of changes to the recommended controlled substance levels and its impact on either the whole-plant or isolate CBD market.

Following the 50-year anniversary of the Misuse of Drugs Act 1971 last year, Dame Carol Black published phase two of her ‘Independent Review of Drugs’, which covered how drugs are fuelling serious violence, and drug treatment recovery and prevention.

Months later, in December 2021, the Government announced that its £780m 10-Year Drugs Strategy would seek to implement all of Dame Black’s recommendations, including breaking drug supply chains and delivering a world-class treatment and recovery system.

In light of these commitments, the committee is seeking to examine current legislation, including the drugs classification system and ask if there is a need for reform.

Peter Reynolds, who says he has submitted evidence at every inquiry into drugs policy since the first was held in 1983, argued that despite the ‘highest ever level of drug deaths and the de facto decriminalisation of cannabis by police’, both major parties continue to stick rigidly to prohibition.

He argued that not only had current policy clearly failed to achieve prohibition, but ‘present policy directly supports and encourages organised crime’.

Ms Antoniazzi said that there was growing concern among the medical cannabis community that the ongoing failure to widen patient access to medical cannabis on the NHS had directly contributed to the ‘shocking statistics’ showing that 1.4m people in the UK are treating their illnesses with illegal recreational cannabis.

She added that it was the view of the APPG that ‘Government policy on medical cannabis has reached crisis point’, where there is an ‘almost total blockage on access to NHS prescriptions’, while the vast majority of patients can no longer afford to pay privately.

“Such is the severity of the situation for the cohort of children suffering from rare forms of epilepsy in particular, that their families have informed the APPG that they believe this crisis will result in some of their loved ones ending up back in intensive care with a much lower quality of life or worse. These families do not have the luxury of time to wait another three years for access to the drug that is keeping their children well.”

The NPCC sought submissions from police forces across the UK, receiving 24 detailed responses which it said included ‘some variation among respondents’.

On the question of how effective the UK’s current drug framework was on the UKs society today, it said that while some believed it was fit for purpose, ‘most were either critical or mixed in their views’, focusing on the lack of prevention and support for those with addiction.

It added that while many highlighted budgetary issues as a key reasons for the rise in drug use and deaths, there was also issues with a lack of understanding over legislation.

“Other particular issues with the MDA included:  A lack of wide understanding and confusion among both the general population and law enforcement over what classification means, e.g. misconceptions over the legal status of cannabis and associated edible products;  The classification system not properly reflecting current levels of potential harms of substances (mentioned by three forces); and A failure to differentiate between chronic/addicted drug users and those who consume ‘recreationally’.”