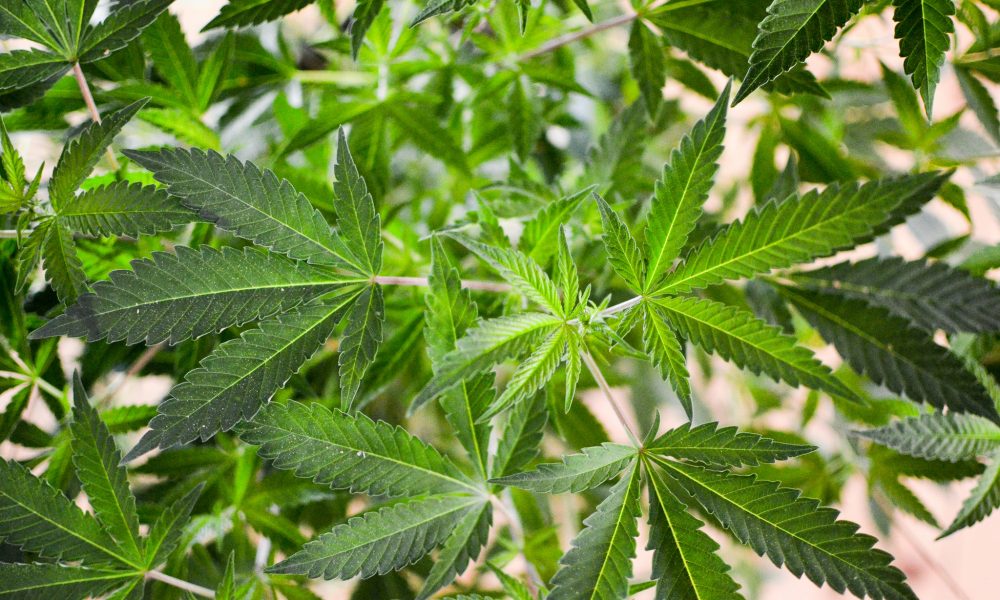 Kansas House lawmakers on Thursday laid out their plan and proposed compromises for medical marijuana legalization in the state, moving the legislature one step closer to enacting the reform following the appointment of a bicameral conference committee that’s been charged with reaching an agreement on the issue.

Negotiators met for the first time on Wednesday to go over two pieces of medical cannabis legislation—one that passed the House but did not advance in the Senate and another that was taken up by the Senate and discussed in committee last month. Now the House negotiators have come to the table with a compromise.

But to get closer to consensus, House Federal and State Affairs Committee Chairman John Barker (R) said the body is willing to accept about a dozen elements of the Senate version, while explaining where there could be compromise on others and where the chamber isn’t willing to budge.

While it’s not immediately clear what the next steps are for the six-member committee, advocates are optimistic that these recent developments mean that a deal on medical marijuana is imminent, and Kansas will no longer be one of the last remaining states with any legal access to cannabis.

The plan is to incorporate whatever language is agreed upon into a separate, unrelated legislative vehicle that already cleared both chambers in order to expedite passage. However, the conference report will still need to be approved on the floor of each chamber in order to reach the governor’s desk.

First, here’s an overview of the key provisions where the bills from the House and Senate already overlap:

Patients would be entitled to obtain a 30-day supply of medical cannabis products at a time.

Possession of up to 1.5 ounces of marijuana by a person who isn’t registered as a patient would be decriminalized, punishable by a maximum fine of $400.

Patients’ medical cannabis recommendations would be valid for 90 days, after which point a physician could renew the recommendations for three additional periods. Then extensions could be authorized following a physical examination of the patient annually.

Medical cannabis sales would be subject to the state sales tax of 5.75 percent, with the option of adding a local tax.

Multiple regulatory bodies would be in charge of administering the program. The state Department of Health and Environment, Board of Healing Arts, Board of Pharmacy and a renamed Alcohol and Cannabis Control division would each play a role in the regulations.

The legislation would also establish a medical marijuana advisory committee to help oversee the program and issue recommendations.

The bill calls for five different license types: cultivators, processors, laboratories, distributors and retailers. People would be rendered ineligible for a medical marijuana licenses if they’ve been convicted of a felony, unless that conviction was expunged at least 10 years before the application is submitted.

There would also be a 35 percent THC cap on marijuana plant material.

Counties would be able to enact local bans on permitting marijuana retailers from operating within their jurisdictions through the adopt of a resolution.

With respect to equity provisions, there does not appear to be an explicit pathway for expungements.

Here are some of the changes that the House said it was willing to accept from the Senate bill:

Pushing back the effective date of the law and deadlines for its implementation.

Out-of-state patients would have reciprocity to both possess and purchase marijuana if they’re registered with their state.

Keep the Senate’s licensing application requirements, terms of licensing and rules on where cannabis businesses can operate.

Requiring the state to enter into agreements with tribal governments in order to exchange cannabis.

Doctors wouldn’t have to start “prescribing,” rather than recommending, medical marijuana if the federal government reclassifies cannabis.

Here are some areas where the House is insisting on its version, or offering a compromise:

Maintaining most of the list of qualifying conditions for medical marijuana, which includes more than 20 ailments, but keeping its more limited language and removing glaucoma.

Allowing people to receive a medical marijuana business licenses after at least three years of residency in Kansas. The original House bill called for four years, while the Senate had two years.

Allowing regulators to create a unique payment process system for cannabis sales in coordination with the state treasurer.

Keeping a $500 license fee for associated employees of medical marijuana businesses, but lowering fees for other employee types.

Keeping state and local licensing eligibility requirements as stated in the House bill.

There were some additional outstanding items that members haven’t quite decided on and said they need additional time to work. Those issues are related to advertising requirements, rules for cultivation facilities, licensing fees, creating a pilot program for medical cannabis and employment discrimination.

After his House counterpart went through the list of provisions and proposals, Senate Federal and State Affairs Committee Chairman Robert Olson (R) signaled that members would be going back to leadership to see where the chambers can come to an agreement and then “discuss this at a later date” in conference.

It’s not yet clear how soon the next formal steps in the process will happen.

Meanwhile, the state Alcohol Beverage Control division of the Department of Revenue submitted a letter to lawmakers on Tuesday in advance of the initial conference committee meeting to provide its perspective on the cannabis reform proposals. The agency said that it wants to ensure that regulators have sufficient time for rulemaking, can hire an additional attorney to assist in promulgating rules and that lawmakers address concerns about licensing fees, packaging requirements and more.

Gov. Laura Kelly (D), for her part, wants to see medical cannabis legalization enacted, and she said earlier this year that she “absolutely” thinks the bill could pass if “everything else doesn’t take up all the oxygen.”

She previously pushed a separate proposal that would legalize medical cannabis and use the resulting revenue to support Medicaid expansion, with Rep. Brandon Woodard (D) filing the measure on the governor’s behalf.

Kelly has she said she wants voters to put pressure on their representatives to get the reform passed.

The governor also said in 2020 that while she wouldn’t personally advocate for adult-use legalization, she wouldn’t rule out signing the reform into law if a reform bill arrived on her desk.