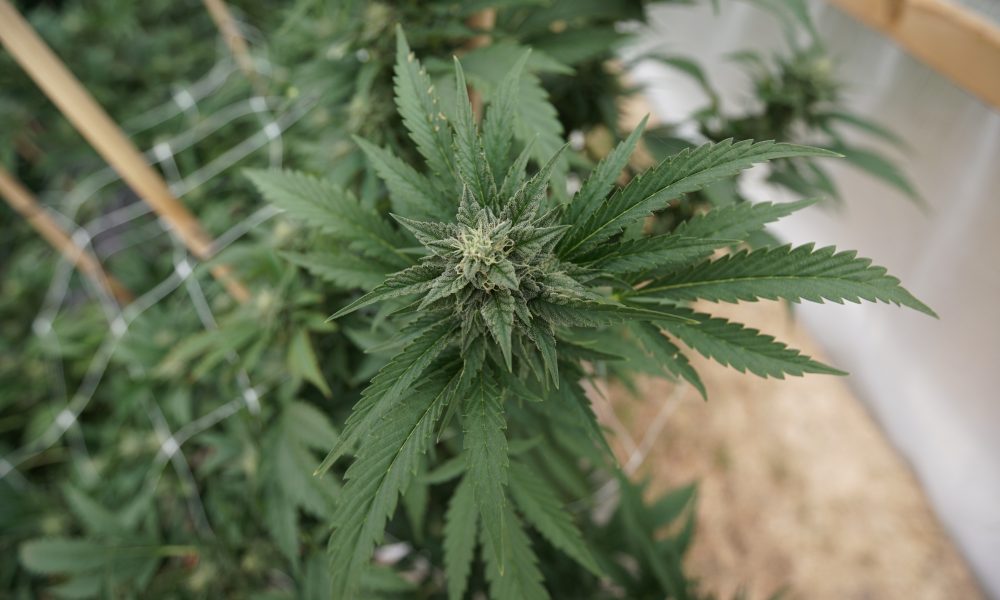 Hold on, just one second before you read today’s news. Have you thought about giving some financial support to Marijuana Moment? If so, today would be a great day to contribute.

Check us out on Patreon and sign up to give $25/month today:
https://www.patreon.com/marijuanamoment

Major food companies like Pepsi, General Mills and Kellogg are asking Congress to help stop the proliferation of marijuana-infused copycat products that mimic their well-known brands.

The Food and Drug Administration is proposing to ban menthol-flavored cigarettes as well as all characterizing flavors other than tobacco in cigars.

Sen. Brian Schatz (D-HI) said he would like to see President Joe Biden “evolve a little further on marijuana,” which he called a “very powerful electoral issue.”

Rep. Nancy Mace (R-SC) spoke about the prospects for her marijuana legalization bill and separately announced that Insurance Agents & Brokers of South Carolina endorsed the legislation.

Rep. Bonnie Watson Coleman (D-NJ) tweeted a video of Rep. Fred Keller describing substance misuse as a health issue, saying, “I’m glad some of my GOP colleagues have finally recognized that addiction needs to be treated as a health issue and not a criminal issue. I look forward to Rep. Keller cosponsoring my Drug Policy Reform Act to have the @HHSGov address addiction instead of the @TheJusticeDept.”

Rep. Mike Garcia (R-CA) tweeted, “Our border crisis is not just at the border. In #CA25, transnational criminal orgs. continue to run illegal marijuana grows. They are stealing water & land, harming the environment, & threatening residents. This problem is fueled by @SecMayorkas failing to secure the border.”

Former Sen. Cory Gardner (R-CO) spoke about the parallels between cannabis and cryptocurrency.

Louisiana Democratic Senate candidate Gary Chambers posted a video of himself accepting an award at the National Cannabis Festival.

Virginia Gov. Glenn Youngkin (R) suggested that lawmakers should revisit a bill to regulate cannabis products that he sought to amend by reinstituting criminal penalties for possessing more than two ounces of marijuana. Meanwhile the Senate president pro tem tweeted about the failure of the governor’s cannabis criminalization amendment, saying, “I told you marijuana was more popular than Glenn Youngkin.”

Kentucky Gov. Andy Beshear (D) said his office has received more than 1,100 emails on medical cannabis since he began accepting input on the issue last week and that he plans to take some kind of executive action this summer.

The Missouri House Special Committee on Government Oversight approved a Senate-passed bill to allow medical cannabis businesses to deduct expenses on their taxes.

The Louisiana House Agriculture Committee approved a bill to make it easier for people with criminal records to work in the medical cannabis industry. Separately, the House Judiciary Committee rejected legislation to create a system of taxes and regulation for recreational marijuana in the event it is legalized.

New Jersey lawmakers are planning to file a bill to require school bus drivers to be drug tested twice a year.

Pennsylvania’s Department of Agriculture tweeted, “Pa.’s first home made out of ‘hempcrete’ was unveiled last Friday in New Castle. 🌿🏠 The material is made from just three ingredients, hemp hurd (the inner woody core of the industrial hemp stalk), lime and water.”

The UK Labour Party is attacking the Liberal Democrats with ads highlighting their support for drug policy reform.

An Irish senator tweeted, “Hemp-concrete is an eco-friendly and really sustainable building practice. 🔸It can reused when a building is knocked down 🔸Hemp is the only building material that can remove carbon from the air 🔸Excellent insulation and thermal mass 🔸Fireproof 🔸Water resistant 🔸Rot proof”

A review of the impacts of marijuana legalization found that “no increase in the demand for treatment due to cannabis consumption has been detected.”

A study found that “within the context of observational studies, [cannabis-based medicines] had positive effects on multiple symptoms for some [chronic non-cancer pain] patients and were generally well tolerated and safe.”

The Alabama Democratic Party tweeted, “Across the country, there are about 321,000 jobs in the legal marijuana industry. Let’s bring some of that revenue to Alabama!”

The Minnesota Democratic-Farm-Labor Party posted a podcast about marijuana reform.

Elon Musk tweeted, “Next I’m buying Coca-Cola to put the cocaine back in.”

Leafreport.com published a study concluding that 60 percent of tested CBD products marketed for sleep contained the wrong amounts of CBD, CBN and/or melatonin.

Killer Mike said President Joe Biden should give clemency to even more people with drug convictions and that they should be given first priority for marijuana licensing.

Jimmy Fallon joked about the pros and cons of New Jersey legalizing marijuana.